Home Free is an American acappella group of five vocalists, Austin Brown, Rob Lundquist, Adam Rupp, Tim Foust, and Adam Chance. Starting as a show group, they toured around 200 shows a year across the United States.

The group competed in and won the fourth season of The Sing-Off on NBC in 2013. They sang an arrangement of Hunter Hayes’ “I Want Crazy,” as their final competitive song, earning the group $100,000 and a recording contract with Sony. 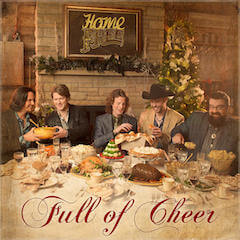 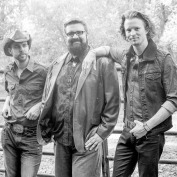 The group Home Free was originally formed in 2000 by Chris Rupp in Mankato, Minnesota, when some of its members were still in their teens. The five founding members were brothers Chris and Adam Rupp, Matt Atwood, Darren Scruggs, and Dan Lemke; taking their name from a boat owned by Atwood’s grandfather who helped support the group financially in the early years. The group began as a hobby for the singers, but they gradually gained in experience and popularity. By 2007 they had enough of a following to pursue music full-time. During this period, the Rupp brothers and Atwood formed the core of the group, with Atwood singing lead tenor. Other members of the group came and went. Current member Rob Lundquist, another Minnesotan, joined in 2008.

For much of the group’s history they worked with many talented bass singers, but did not have a full-time committed bass voice. In 2007 Chris Foss (currently a member of Cantus) sang with them. Elliott Robinson was added as bass in September 2008, and was replaced in June 2009 by Troy Horne. Later that year, Horne left to rejoin The House Jacks. To replace Horne they turned to Tim Foust, who first sang with them as a guest on their 2010 tour. A Texas native, Foust was then pursuing a career as a singer/songwriter of country music and had recently released a solo album, but was not ready to sign on full-time. Matthew Tuey sang with the group in the interim of 2011, until Foust joined them full-time in January 2012.

In 2012, Matthew “Austin” Brown was working on a Royal Caribbean cruise ship as a featured singer in their production shows. When Home Free joined the cruise as a guest performing group, they met and became close. Brown, who was born in Tifton, Georgia, let Home Free know that he would be interested in joining the group if they ever had an opening. At the end of 2012 lead singer Matt Atwood, who had gotten married the previous year, and his wife were expecting their first child. Finding the group’s touring schedule incompatible with family life, and having an opportunity to take over his family’s real estate business in Mankato, Atwood made the decision to retire from the group. Home Free then invited Brown to join as lead tenor. He sang his first show with the group in October 2012, and became full-time in January 2013.

In 2015 they made a guest appearance on Kenny Rogers’ holiday album Once Again It’s Christmas on the track “Children Go Where I Send Thee”; a music video was released in November 2015.

On March 18, 2016 it was announced that after 16 years founder Chris Rupp would be leaving the group to pursue a solo career and would be replaced after May 8 by Adam Chance, formerly of Street Corner Symphony.

Chris has gone on to release his own solo album Shine and has also formed a new mixed group called 7th Ave that is non-acappella based.

All five of Home Free’s singers have formal musical training. Lundquist and the Rupp brothers all have bachelor’s degrees in music. Adam Rupp’s primary instrument is trumpet, but he also plays drums, keyboard, and bass guitar. Since joining, Foust and Brown have also become very active in writing and arranging.

In terms of musical roles, Home Free is structured like a traditional barbershop quartet, with a lead tenor, two harmony voices, and a bass. The lead tenor, who fronts the group and sings most of the solos, is Austin Brown. Tenor harmony is sung by Rob Lundquist, baritone harmony is sung by Adam Chance, and Tim Foust sings bass. In addition to the four voices, percussion sounds are provided by beatboxer Adam Rupp. Although Brown is Home Free’s primary soloist, all of the other members occasionally sing solos as well.

Home Free’s styling as a country group is relatively recent. Before Foust joined the group, Home Free was an all-purpose a cappella group, singing in a wide variety of styles, of which country was only a minor one. With the additions of Foust and Brown, the group moved more in the direction of country and found that audiences responded well to it. Home Free had three times auditioned for The Sing-Off (without Foust and Brown) and not been accepted. When auditioning for the fourth season, they made a conscious decision to style themselves as a country group. In an interview Brown said this identity is what grabbed the attention of The Sing-Off’s casting director, who said, “You guys really fit something we don’t have.”

She was born on July 14, 1991, and is the only daugther in her family. She has only had permission to sing in public for when she was nineteen years old.

Her father imposed a ban on the classically trained singer as an infant but with her mother’s help she secretly trained her voice. Sisca is a fresh new talent that has only just begun to be unleashed.South East Asian based Sisca has been singing since the age of 3 and as a teenager turned away from popular music to follow the road much less travelled.

Sisca chose to pursue classical training and found a voice that rang true in the range and emotion that classical music offers.

Sisca’s father forbade his sheltered daughter to perform in public in order to protect her.It was her mother however who had the most influence on her. Her mother initiated her vocal training and helped Sisca evade her father to pursue her dreams. Sisca’s mother’s persistence and constant reassurance has led to the ban on public performance being lifted allowing Sisca to blossom into a talented and gifted performer.

She chooses to write about issues on a larger scale rather than then the mundane in an attempt to rally us behind her. Sisca chooses provocative topics and poses questions about life journeys, nature, the environment and world events. A level of drama is also apparent in her songs. Encapsulating her need to express herself artistically juxtaposed with the knowledge of the only recent freedom to do so.

Her debut original album titled ‘Impermanent Life’ has been written and recorded with some of the best contemporary writers and producers in Australasia. Audius and Leon King are responsible for some of the highest charting Australian releases reaching certified platinum sales and number ones in Australia and UK.Sisca’s music is a contradiction of sorts. Her lyrics have both a maturity well beyond her years and experience; with an uplifting and optimistic tone that only a person of her youth and naivety could deliver.

Sisca was she was fast-tracked to have intensive vocal courses with renowned Conductor Avio Priatna Sisca also honed her craft while studying law at the University of Pelita Harapan.She lists her main musical influences as Sarah Brightman, Josh Groban, Andrea Bocelli, Allesandro Safina and outlines her adoration for Cecilia Bartoli. With these diverse musical icons in mind she has strived to create an album well beyond her years. Armed with an album full of diverse and glistening songs, and with permission to perform, Sisca is ready to take on the world.

LISTEN TO RS WITH ITUNES / VLC

LISTEN TO RS WITH QUICKTIME

LISTEN TO RS WITH REAL PLAYER

Some of our readers and followers / Quelques lecteurs abonnés 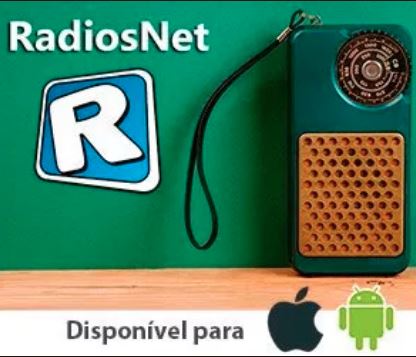 archivistesqc.wordpress.com/
The Wolf Of Online Marketing

My experiences in Italy and the world